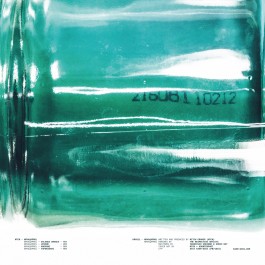 Mtch (aka Mitch Cramer) continues to confound and break pre-conceived glitch notions, the coverage we unfolded in 2017 was only a glimpse into the strange worlds he’s able to inhabit. “Nrvaqaprol” leads the way via minuscule clicks, scratches, static, and tiny exploding bubbles, and yet it seems like an accidental modular discovery. Valance Drakes takes the track to another level, not too far off its initial coordinates. The crisp blips flow into simmering, slow-motion glitch-hop, just as an expansive drone lifts off at its end. Mtch is certainly one to craft unusual soundscapes and infinite audio stems for his friends to unravel. Elsewhere on this extended player, JFrank drops his sound boxes into an echo chamber—loosened beats bounce briskly against plasticine walls. Arovane delves into brittle, darker crawl spaces as a fleeting 2-minute jaunt is filled with flickering pulses and manipulated electrons. Yaporigami’s remix is perhaps the most aggressive of the lot, taking all the bits and bytes and encrusting them into a syncopated mess of industrial debris and organized chaotic rumbling. Mtch elevates abstract glitch to new heights while still maintaining a claustrophobic and subtle musicality that is elusive on Nrvaqaprol.
(Igloo Magazine)

Mtch on Bandcamp
Mtch on Discogs